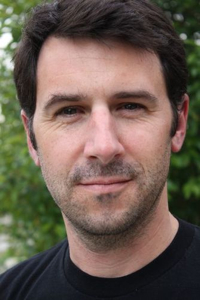 A diverse group of MBA students explore international startup communities. After studying the governments, macroeconomic conditions and startup ecosystems in both Buenos Aires, Argentina and Santiago, Chile, the group was pumped and ready to go on the international business trip that would conclude our two year Executive MBA program at the University of Colorado.

Our group already felt a part of Boulder’s collaborative, open community attending great talks at various Silicon Flatiron’s events, hanging out at New Tech Meetups, and drinking beers at Startup Crawls. We really got to experience the generosity of the Boulder community as people from accounting firms, university professors, TechStars, the Global Accelerator Network, community event organizers, and investors spent valuable time with us in preparation for our trip.

Although interested in all things Startups, our group was comprised of executives at big companies, consultants, marketers, accountants, a physicians assistant turned entrepreneur and a tech company founder.

Based on our initial research, we expected the operating environment to be hostile in Buenos Aires and favorable in Santiago.  Buenos Aires has struggled with currency fluctuation and anti-business government policies.  On the contrary, Santiago has benefited from a relatively stable government, minimal inflation, and thriving foreign investment.

And off we went…

The first stop was Buenos Aires.  A bohemian, chaotic feel with pockets of awesomeness everywhere.  We had signed up for the first Startup Buenos Aires event and hopped into a Radio Taxi to find the place.  The address was an apartment on a dimly lit street in Palermo, a cool part of town “where all the startups are” I was told.  I met a dude named Mateo at the door, an ex-pat from Philly living in Buenos Aires, who walked us in making a few intros along the way.  Then I met Lisa, another ex-pat and organizer of Startup Buenos Aires.  “You guys are from Boulder, do you know Andrew Hyde?  He did our logo!”  Immediately I felt very comfortable, this was gonna be fun.  For the next few hours we met some guys from Google working remotely because they could, a few startup founders and a few others involved in the community (tech writers, accountants, designers, developers).

The average Argentine has lived through some incredible economic and social developments since the fall of its military dictatorship in the mid 1980’s; it would serve as an excellent policy case study on “What not to do” for any Macro-Economics course.  Some of the things Argentines have lived through in the past 3 decades include: hyperinflation of 5,000% in 1989, excessive debt growth in the 1990’s leading to defaulting on foreign debt obligations followed by extreme austerity measures, having 3 presidents in 2 weeks in the end of 2001, the freezing of bank accounts in December of 2001, and the devaluation of the Argentine currency in January of 2002 that left most of the country with 40% less in savings than they had the day before.  These types of events have left an unmistakable mark on the average Argentine that boils down to a huge distrust of the government. As one of the Argentine’s we met put it:

“If you are a small fish, act like you don’t exist.” Basically: deal in cash, don’t incorporate your business, don’t pay taxes, and deal entirely out of the sight of the government.

“If you are a medium sized fish, act like you are a small fish.” Basically, if you are big enough that you can’t hide, report whatever will keep the authorities from digging deeper. The tax rate on small businesses is over 100% of profit, so it seems even the government expects this.

“If you are a big fish, then act like a medium sized fish. And, if are a huge fish, then you are part of the government.”

This leaves the entrepreneurial community in Buenos Aires in a bit of a bind.  Startups in the US are more like small fish trying to act like big fish; get as much press as possible, celebrate your small successes, and get big fast.  Startups in Argentina are trying to maintain the lowest possible profile for as long as they can.  There is a lot of pent up entrepreneurial energy in Buenos Aires, they just have to find a way to get it out.

As the group was drinking coffee at the airport waiting on our flight to Santiago, that was delayed, we discussed the vibe of Buenos Aires. The consensus was this place exceeded our expectations.

The next stop was Santiago.  The energy in Santiago was quite different, almost vanilla, compared to the chaotic pulse of Buenos Aires.  Santiago is a great, clean, modern city with a stable economy and a supportive government.  The conservative banking system and central bank policies have helped steer the country to economic and political stability in a region of the world where stability is quite uncommon.

For startups, Chile has started to offer a fantastic funding opportunity.  Startup Chile essentially grants startups $40k, with very few strings attached, and also provides work spaces, support, and resources to entrepreneurs.  Startup Chile is considered a social program and in exchange for the $40k, startups must give back 40 to 80 hours of their time to help develop the startup community.  The conservative banking and social systems in Chile can be a bit stifling for the entrepreneurial community.  The ultimate goal of Startup Chile is to create an ecosystem where startups can thrive.

Breaking down the conservative social barriers, as well as the conservative financial practices, in Santiago will be a key step toward creating a vibrant Startup community.  We believe that if a couple of bootstrapping entrepreneurs can bring their companies to an international level in Santiago, many of the barriers of the past will also fall.

Take-away: Every city is different, every startup community goes through a lifecycle, every country’s macro economic conditions vary.  In Buenos Aires, there are two things that are in the mainstream conversation, the government and currency fluctuation.  People love living here, the city is vibrant, sexy, and full of energy.  In Santiago, the government and education system are fueling the ecosystem.  A strong talent pipeline is created from the Universities, an emphasis on an educated population is driven by the government and things are happening.