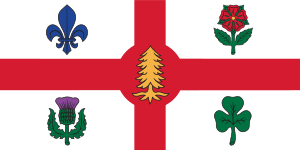 I was in Montreal yesterday hanging out at Founder Fuel and doing a bunch of stuff with Montreal entrepreneurs. One of them, Alistair Croll, sent me an overview from his perspective of what’s going on. It’s reposted here – if you are from Montreal please feel free to add to it in the comments!

In the past few years, the Montreal tech scene flourished. There are plenty of reasons for this—some cultural, some economic, and some the result of hard work by a dedicated core that wants to grow the community. Whatever the case, things are changing fast, with the city pumping out new startups and launching big tech events at a breakneck pace.

Montreal’s a goldilocks city—big enough to have culture and chaos, and small enough that you can actually find it. I’ve lived and worked in a number of tech centers, and for me, the blend of art, tech, and lifestyle makes Montreal feels more like San Francisco than any other city I know.

Montreal is a city of around 3.8 million people, located on an island in the middle of the St. Lawrence river. Throughout its history, it’s been a gateway. Jacques Cartier first visited the city in the 1500s (http://en.wikipedia.org/wiki/Montreal), and for centuries it was the doorway to the Great Lakes and the center of the continent. Today, however, it’s a different kind of gateway—for technology and design.

Montreal’s had a tech scene for decades. Canada has one of the most lucrative telecommunications markets, and Nortel built big research facilities in Montreal.

It’s only in the last decade that Montreal’s startup communities have really flourished. Some successful exits, a more risk-tolerant investor community, a range of tech events, and an increased emphasis on design have all helped propel the area to the forefront of Canadian tech innovation.

It takes a community

In my opinion, while these are great for growing businesses, what really matters is the community that supports new companies. In the Bay Area, the whole city is a tech community; it’s only after having spent time there that you realize the need to actively create that environment elsewhere. That takes events, investors, accelerator programs, and access to talent.

The city has a number of co-working spaces, including Station C, Notman House (http://notman.org/en/) (backed by Real Ventures), Station C (http://station-c.com/), ECTO (http://www.ecto.coop), Nexus Montreal (http://www.nexusmontreal.com/en/Home) Execo (http://www.exeko.org/en/espace/), and the RPM Co-working space (http://www.rpmmtl.com/) where Year One Labs was located. There’s also a vibrant “térasse culture” here: in the winter we code and hibernate, and in the summer we hustle and celebrate. Solid public transit systems (including on-demand bikes!) and affordable rent make it easy to start a company for relatively little up-front investment. If you want more details, check out this recent Quora thread on living here (http://www.quora.com/Montr%C3%A9al-QC/Whats-it-like-to-live-in-Montreal-vs-other-major-cities-NYC-Paris-London-Toronto-Sydney-Singapore-Hong-Kong).

The city is also host to a variety of tech events. We launched the International Startup Festival (http://www.startupfestival.com/en/) last summer, welcoming startups from 12 countries and over 1,400 attendees. The community is relatively tight-knit, holding an annual holiday bash for startups (http://www.technoel.ca/home.cfm), tech events like Ignite and Bitnorth, and a number of monthly tech meetups, most notably the Montreal Newtech meetup (http://mtlnewtech.tumblr.com/), the Montreal Girl Geeks events (http://montrealgirlgeeks.com/), and Startupcamp (http://scmtl7.wikidot.com/).

About that investment: Canadian investors have traditionally been very risk-averse. When we sought funding for Coradiant’s series A, we didn’t even bother talking to domestic investors, choosing instead to look to Boston and San Francisco. That’s quickly changing, with the folks at Real Ventures (http://realventures.com/en/) pushing the envelope and others not far behind. Real has a superb accelerator program, called Founderfuel (http://founderfuel.com/en/), that takes in roughly ten new startups each semester and pumps out world-class startups.

I was a part of a one-time angel-backed accelerator called Year One Labs that launched three growing companies in around six months, and other VC firms are following suit with their own investment. There’s also a fairly active angel network, Anges Québec (http://www.angesquebec.com/) Today, the VCs active in the tech scene include Real, iNovia (http://inoviacapital.com/), Rho Ventures (http://www.rho.com/), Novacap (http://www.novacap.ca/), and Tandemlaunch (http://www.tandemlaunchtech.com/).

Every city needs success stories to rally around. Transportation giant Bombardier is based here; consulting behemoth CGI is from Montreal; and the province of Québec is a net producer of hydroelectric energy thanks to vast dams in its northern regions, so there’s definitely some corporate backing for engineering and technology in general. Social media heavyweight Mitch Joel’s Twistimage (http://www.twistimage.com/en) is one of the big marketing organizations in the city, and there are a number of other prominent creative agencies here.

Montreal’s always been known for its design and art culture (this is where Cirque Du Soleil comes up with all those crazy ideas, after all) and the summers are host to the world’s biggest fireworks, jazz, and comedy festivals. This may explain why tech firms like Discrete Logic and Softimage were early local successes. Other recent movers and shakers include Matrox, CAE, Poly9, Coradiant, HyperTec, and Tungle.

Finally, there’s the talent question. Montreal has a lot of it. It’s home to a number of prominent universities and technical colleges. Increasingly, however, it takes more than a geek to launch a startup. As Dave McClure wisely observed (http://www.pushkarsane.com/enterprise/startup-hacker-hustler-designer/), a startup today takes not only a hacker and a hustler, but also a designer. Human factors are key to winning over a fickle audience with high expectations. Montreal’s design and art culture helps with this, and we’re home to many designers like Daniel Arsenault (http://www.leportfolio.com/) and Sonia Gaballa (http://nudgedesign.ca/) who’ve worked on huge websites, popular themes, and household brands.

It’s been great to watch the tech scene here unfold. I’m sure I’ve left a ton of worthwhile people, projects, investors and companies out of this list, but hopefully it’s a decent place to get started. The city has a ton to offer, and there’s a real sense developing that we have some distinct advantages over other cities in terms of talent, culture, investment, and infrastructure.

Full disclosure: I have my hands in a lot of things in Montreal. I’m a founding partner of Year One Labs and a mentor at Founderfuel; I co-founded Coradiant; I’m the content chair of the International Startup Festival; I’m part of the team at CloudOps and the RPM co-working space; and I founded the Bitnorth conference. So I may be biased; and I probably overlooked many of the awesome things going on in the city. Feel free to correct that in the comments.